We are willing to inform our visitors, conference organisers and corporate meeting planners around the world, about the current situation in Vietnam regarding the virus outbreak. We have interviewed Mr. Giovanni Zangani, Founder and Managing Partner of Maestro Equity Partners, based in Ho Chi Minh City, for its opinion.

Thank you for accepting this interview, Giovanni. Please, introduce yourself and your business

Thank you for having me. I am the founder and managing partner of Maestro Equity Partners, an investment firm investing in private businesses producing and delivering food and durable goods to the growing middle class in SEA in general and Vietnam in particular; we are present in Singapore and Ho Chi Minh City.

We recently shared a report by Vietnam news: they wrote that schools and Universities opened up again after a six week suspension on March 3rd…

Some schools in the north opened in the first week of March as at the end of February the 16th and last COVID19 case was discharged and the country was preparing to go back to normality. Unfortunately, that lasted only a few days; on the 6th of March, after a few Vietnamese traveled back from Europe, a second and larger outbreak started in Hanoi spreading the virus in the whole country. As for now, schools are expected to stay close until the end of April, but an extension of the term is very likely.

How is your life currently in Ho Chi Minh City?

Life in Ho Chi Minh City during these times is much slower than usual. People are very cautious and have been avoiding public places for the last few weeks when the second wave of cases has started. Moreover, the Prime Minister announced a lockdown starting from the 1st of April till the 15th for the whole country where people are urged to leave their homes only to buy food, drugs or to work in the essential sectors which are not suspended.

The not restricted sectors are decided locally. The Prime Minister also forced people to wear masks in public places and banned gatherings among more than 2 people. Most of the transportation among cities is also banned.

One month ago, the WHO declared the Covid-19 outbreak is a pandemia. Are national and local events canceled or suspended?

All the national events are canceled or suspended as for the request from the Prime Minister about all the gatherings with more than 2 people.

After the Việt Nam Formula One Grand Prix has been postponed, do you know about other International events canceled or suspended in Vietnam?

Till the 15th of April, no public event is authorized because of the lockdown. Many subsequent events have been already suspended such as TECHCOMBANK IRONMAN, an international triathlon event, which was supposed to be held in Da Nang in May but that has been postponed to a new date, not yet communicated.

We know that Vietnam is ranked #123 out of 184 countries for number of Covid-19 confirmed cases, despite it is very close to China. How is the feeling of the business community in HCMC about the near future and the economy?

Correct, Vietnam is managing the outbreak with prompt and remarkable efforts which are also recognized by the WHO; containing and prompt measures were crucial for stopping the first wave of cases in early February, and they seem effective also to maintain under control the second and larger outbreak.

As of today 5th of April, there are 240 cases with no fatalities and for the first day in the second wave of cases no new registered ones. I believe that based on the government’s conduct demonstrated so far, the hot and humid weather which seems to slow down the virus spread, and the country young population (median age ~30 years old) Vietnam can be among the first few countries returning to normality as it happened during the SARS’ outbreak in 2003.

The vast majority of people I think would agree with my positive view about the way things have been handled despite the small budget; many foreigners preferred to stay here instead of flying back in their home countries.

As for the economic implications, the common sentiment is a reduced, but still decent, growth of the GDP from the 6.5+% rate of the past year; the Vietnamese economy relies mostly on other Asian countries that seem positioned to go back to normality faster than their western counterparts.

Finally, is your business affected in any way? Did you recently cancel any meeting because of the Covid-19 outbreak?

These weeks of lockdown are slowing down the growth of my activities as, human interactions, which are essential to building trust, have to be limited.

Nevertheless, we are using these times to better strategize and prepare for the near future when things will bounce back to normality. 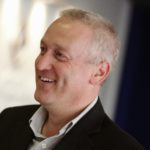 International marketing consultant at the ICISE conference center. 15 years of experience in the international conferences and association meetings. Past President of the ICCA Italian members' Committee.